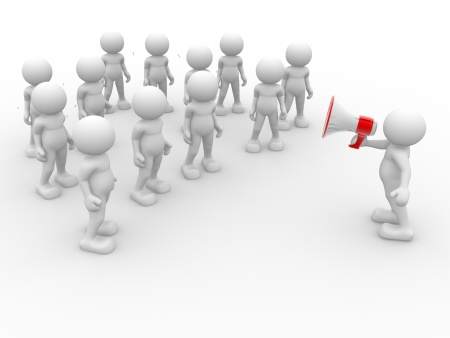 After an 80 year ban, a new SEC regulation regarding general solicitation went into effect on Monday, September 23, making it possible to publicly advertise the offering of private securities. The amendment to Rule 506 of Regulation D was mandated by the Jumpstart Our Business Start-Ups (JOBS) Act that passed Congress in 2012, and it is meant to provide startups with a faster, easier path to the capital they need to get off the ground and grow.

What exactly does “general solicitation” mean? If you look online there is a lot of misinformation being spread. The fact is the SEC has never explicitly defined what constitutes general solicitation. Instead, they provide examples that they deem to belong in the category:

Before taking any action, always speak with an attorney, and be sure to read and understand the final rules published by the SEC. The rules are written in surprisingly plain English, and you don’t need to be a lawyer or securities broker to understand the salient points.

If you don’t have time to make it through the legalese, please read Paul Spinrad’s excellent overview. It explains exactly what the new rule says, its implications, and what impact it’s having on the market right now.

As you think about whether or not general solicitation is right for you, consider the following four questions:

Do you have an appropriate capital formation strategy?

With all the excitement surrounding the announcement, it is important to ask if your business is even ready to be considered by investors.

Do you understand the difference between General Solicitation and Crowdfunding?

One common misunderstanding is that General Solicitation and Crowdfunding are one and the same. But we’re not there yet.

As of September 23, 2013, Rule 506(c), mandated by Title II of the JOBS Act, permits general solicitation to accredited investors.

Title III of the JOBS Act addresses crowdfunding – the mechanism that will eventually allow startups to raise up to $1 million from non-accredited investors. However, the rules for how Title III will be implemented have not been announced yet. Industry watchers don’t expect equity crowdfunding rules to go into effect until mid-2014.

Nevertheless, there are numerous platforms such as AngelList, WeFunder, and CircleUp that help startups get noticed by accredited investors. These platforms help investors identify and evaluate investment opportunities, and they sometimes facilitate the actual investment. Many of these sites also handle 506(c) compliance, collecting investor financial data to verify accreditation status.

Do you know what Rule 506(c) compliance actually requires today, and what it might require in the near future?

Along with announcing the final rules for 506(c) offerings, the SEC proposed an additional set of proposed rules that have not yet been put into effect.

The SEC is currently gathering comments about the proposed rules, and many prominent securities lawyers, entrepreneurs, and investors have already weighed in.

Most of the sentiment surrounding the proposed rules is negative. For example, one proposed provision would appear to require every public communication to be filed with the SEC, and that a Form D be filed 15 days prior to any general solicitation. Proponents argue that without the proposed regulations, scams and investment fraud will run rampant.

Opponents argue that this goes against both the intention of the JOBS Act and how startups operate. Few startups have the financial and legal resources to fully comply should the proposed regulations become official. And the penalty for violating the proposed rules is a one-year suspension from using Regulation D Rule 506 fundraising—a death sentence in the startup environment.

Entrepreneurs need to stay aware of new developments so that they can become compliant as additional rules become finalized.

Are you prepared to shut out “friends and family” by taking the general solicitation route?

Under the existing Rule 506(b), your company can raise money from a limited number of unaccredited “friends and family” investors with whom you have a substantive, pre-existing relationship.

However, if you pursue a general solicitation under Rule 506(c) – that is, if you make any kind of public announcement (even inadvertently, say, on Facebook) that you are seeking investors – then you give up the ability to raise capital from unaccredited investors, and you will have considerably higher compliance burdens to ensure that all of your investors are indeed accredited.

So unless Aunt Hattie meets the SEC’s criteria of being an accredited investor – with either an annual income of $200,000 or $1 million in net worth excluding residential property – she can’t be an investor in your company once you start generally soliciting investors.

If you want the best of both worlds, you might want to speak with your attorney about structuring your investment in two rounds: first, a seed round under the 506(b) rules, and later a generally solicited round from accredited investors under the 506(c) rules. But be careful with this approach too – many professional investors are wary of getting involved in a company that already has a number of unaccredited investors. And beware that once you solicit, you can’t go back to the 506(b) rules.

Entrepreneurs need to carefully consider their options and not just jump on the general solicitation bandwagon too quickly. An incomplete or improper understanding of risks is what kills most startups, after all. AngelList and the other platforms will definitely be attracting a lot of accredited eyeballs over the next few months, but depending on how connected you are, it could be better to raise capital the old-fashioned way.

This article is for general information purposes only and does not constitute legal advice. You should consult a qualified attorney before seeking capital.

This article was last updated on July 18, 2019
This Post Has 0 Comments