It takes real determination to set out into today’s new world of film/TV finance and get a project made. US Summer 2017 theater admissions dropped 18% over Summer 2016, the 2017 Labor Day frame posted the lowest box office numbers in 17 years (Entertainment Weekly, September 2017), and Netflix just added 5.3 million subscribers. The tsunami of change continues, and it’s more important than ever to stay up to the minute. 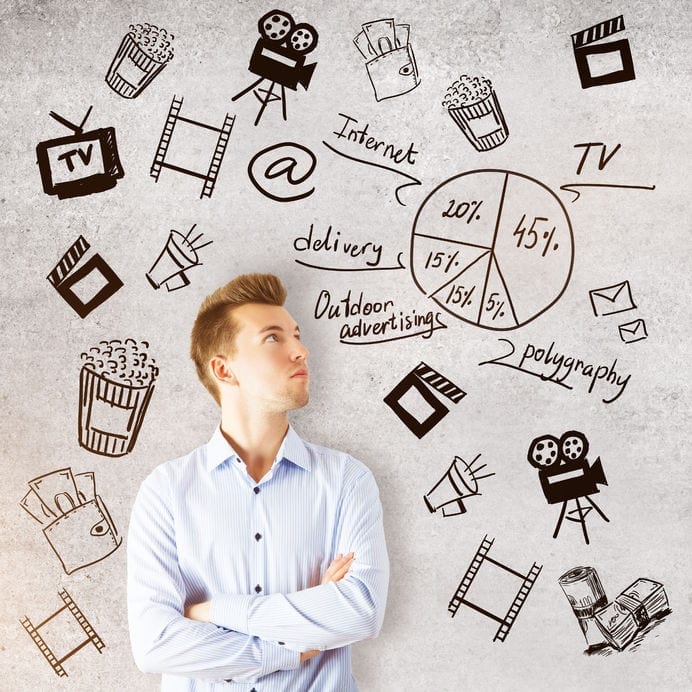 To help you plan a new campaign, let’s look at a few numbers. But first, let’s review the usual checklist:

On to some sample numbers: For the sake of example (and numbers that sort of add up), let’s say:

Hmm, that’s a lot of options. What to do? What to do? As we see from the above hypotheticals, there’s a tremendous range of potential profitability and potential risk. So do you try for the low-profit but very safe Netflix buyout? The white-knuckle feature distribution ride (with huge collection and cash flow issues and delays)? Or something in between? At the end of the day, the decision may be based on the risk tolerance and liquidity demands of your equity investors, or on necessity, or on blind luck.

Conclusion: I was standing on a street corner once, conversing with two movie producers, when a person (who I think was John Milius, at least he looked like John Milius) stepped up and said: “Ah, Film? Oft announced but seldom made.” There’s some truth to that. So whatever direction you pick, a moving-forward direction is the best solution.

TwitterFacebookLinkedIn
This article was last updated on October 11, 2021
Subscribe
Receive our tips in your inbox. Your information is protected by our privacy policy.
Categories
Follow Us
No part of this website may be copied without prior written permission.
Protected by Copyscape Online Plagiarism Detector.
© 2001-2021 Cayenne Consulting®, LLC and Akira Hirai
Back To Top
×
Search