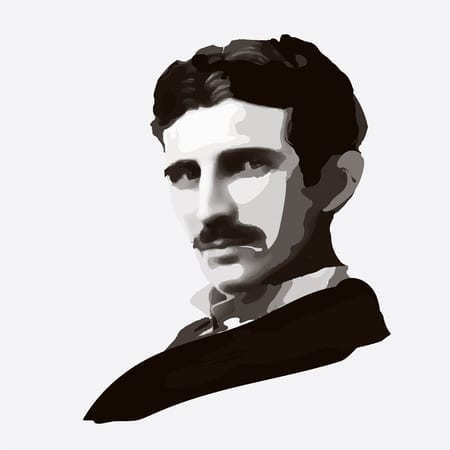 Nikola Tesla’s legacy is impressive. The famed inventor’s discoveries include AC motors and power systems still used around the world, fluorescent light bulbs, X-rays, radio, remote control, robotics, lasers, and wireless communication. He had over 270 patents and inspired the name of the Tesla Motor Company. Yet, he died in 1943 at the age of 86, alone in his hotel room, deeply in debt.

Today’s entrepreneurs can learn a great deal from Tesla’s life as recorded in his autobiography. Perhaps, more than the technology behind his inventions, the most important lesson we can learn is that great innovations do not necessarily lead to solid businesses. The best product on the market doesn’t always generate the most revenue. Here we explore four traps that kept Tesla from monetizing his genius.

No one wants to be a skeptic, but contracts are in writing for a reason. Several times, Tesla worked for years on a project only to find out the promised pile of gold at the end of the rainbow was an illusion. In 1884, Tesla completed work on critical plant improvements only to find out that the “substantial sum” he had been promised was a mirage.

Tesla had a similar experience working with Thomas Edison. He had been offered $50,000 (a lot of money at the time) to create 24 types of new machines. Upon completion of the work, he demanded his payment. Edison infamously said the offer was a joke: “When you become a full-fledged American, you will appreciate an American joke.” Tesla quit immediately.

Moral of the story: Business agreements should be documented in written contracts. This ensures both parties are on the same page about the scope of work to be delivered, payment terms, and other important considerations.

Tesla wrote extensively of his own genius in his autobiography with anecdotes about his unique mental capabilities, but he was also notoriously difficult to work with. He had several public feuds, but perhaps none costlier than those with businessmen like JP Morgan. He even proposed the development of torpedoes, but was unable to collaborate with well-capitalized industrial entities after World War I.

Moral of the story: Play nice in the sandbox. Identify your strengths weaknesses, and respect those of others. Surround yourself with people who are strong where you are weak so you can learn from them and grow.

The Smithsonian points out that “what his contemporaries may have been lacking in scientific talent (by Tesla’s estimation), men like Edison and George Westinghouse clearly possessed the one trait that Tesla did not—a mind for business.” If Tesla didn’t want to collaborate with others (see Trap #2), he needed to compensate by developing his own business savvy. Instead, as The Smithsonian says, “Tesla walked away from millions in royalties he was owed and billions that would have accrued in the future. He would have been one of the wealthiest men in the world—a titan of the Gilded Age.”

Moral of the story: Know what your work is worth and charge accordingly. This is especially important for entrepreneurs. Providing free work often decreases the perceived value of your contribution and sets a precedent for future payments.

Although Tesla made some of the most important discoveries in the modern age, many of “his achievements remained incomplete. He created the AC energy system and the basics of radio communication and robotics but wasn’t able to bring them all to fruition.” Tesla didn’t take the time to understand how to bring his inventions to market or hire anyone to help him do so. He was too focused on the discovery to think about monetizing, which ultimately stifled commercialization. One could also argue that he could have used a solid PR firm to help out with the War of the Currents.

Moral of the story: Don’t underestimate the importance of marketing. Have a business plan based on market research. At a minimum, it should include target customers, competitors, differentiators, and a go to market strategy with pricing models.

Tesla was undeniably a genius and his legacy lives on in his inventions, but no one is good at everything. Ultimately, Tesla’s greatest failure was not understanding his own weaknesses. Entrepreneurs can learn a thing or four from Tesla’s struggles, the importance of contracts, the value of business and marketing strategies, and, perhaps most of all, how having the right people on your side can make all the difference.