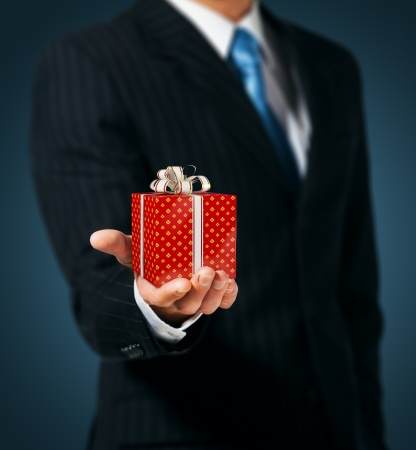 David Hornik, a prosperous and respected venture capitalist, offers a term sheet to entrepreneur Danny Shader. After extensive due diligence, Shader decides to sign with another investor. The reason? Hornik came off as too affable, too generous with his time, too much of a giver.

This anecdote leads off Give and Take: A Revolutionary Approach to Success, the 2013 book by Wharton professor Adam Grant. As Grant sees it, there are three types of people: givers (“other-focused, paying more attention to what other people need from them”), takers (“they like to get more than they give”), and matchers (“who believe in tit for tat … relationships are governed by an even exchange of favors”).

Grant argues that being the right type of giver is the best pathway to success. Which brings me back to that opening story. Shader felt bad about turning down Hornik, who by all accounts was not only brilliant but also a great guy. So before the financing closed, he invited Hornik to make a smaller investment. Hornik accepted and has since contributed greatly to the growth of Shader’s business, PayNearMe.

In this isolated case, being a giver resulted in a sort of consolation prize for Hornik. But Grant says you need to look at the big picture: In addition to serving as a reference for Hornik (“which is probably even more valuable than the deal itself,” notes Grant), Shader has sent many other investment opportunities his way.

The anecdote illustrates how Hornik has done well because of — not in spite of — his giving nature. Want further proof of how people respond to his style? Over his first 11 years as a venture capitalist, Hornik had 25 of his 28 term sheets accepted by entrepreneurs.

Here are a few other key takeaways that I picked up from Give and Take.

Make the “five-minute favor” a habit

In 2011, Adam Rifkin was named Fortune‘s best networker. Rifkin is a Palo Alto engineer who has founded a few companies. He seems relatively anonymous, though, for someone with more powerful connections on LinkedIn than even LinkedIn CEO Jeff Weiner.

It turns out Rifkin has built a career based on helping others. Since 1994, he’s made it a point to connect people, give career advice, educate other engineers, and do other mensch-like things. His rule of thumb, writes Grant: “You should be willing to do something that will take you five minutes or less for anybody.” While Rifkin gives for altruistic reasons, making a habit of the “five-minute favor” has helped him develop an amazingly rich network that any of us would love to call our own.

Don’t try to grab the spotlight

If you’ve watched any TV since 1989, you probably know The Simpsons. However, you might not know the name George Meyer. An accomplished writer in Hollywood, Meyer is widely considered to have more influence on the animated series’ comedic sensibility than anyone else, including creator Matt Groening.

Writing for a TV show means collaborating with a team of writers. Meyer is well-known for playing nice in the sandbox. On The Simpsons, where he worked (with some breaks) from 1989-2006, he often contributed ideas to other writers without expecting recognition. In fact, he received an official writing credit on only 12 of the 300+ episodes that he had a hand in shaping.

Meyer is clearly a team player who was more concerned with The Simpsons‘ success than personal glory. But eventually, word of his comedic genius got out: A 2000 New Yorker profile called him “the funniest man behind the funniest show on TV.”

Are you involved in sales? You’ll be interested in this one. According to Grant, making the sale isn’t all about “deliver[ing] a confident, assertive pitch.” In fact, being too forceful only makes people put up their guard because they’re suspicious of your intentions.

A better approach: Be a giver. Rather than telling people what you think they should want — something a selfish taker would do — ask them questions. Let them tell you what they want. By getting them to open up about their hopes and fears, you’ll show that you care about addressing their needs. And you’ll be more likely to earn their trust and close the deal.

Above all, don’t be a doormat

Grant stresses the difference between selfless givers and “otherish” givers. The former are naïve in their giving, not factoring in the motives of those they help. As a result, selfless givers are often susceptible to takers eager to exploit their generous nature. That is, they serve as doormats, used and tossed aside by those looking to get ahead.

Otherish givers are savvier. Although they don’t expect reciprocity, they’re more strategic in deciding whom to help. That means “taking care to trust but verify” — being there for those who prove to be genuine, but not wasting time on people who are only in it for themselves. The approach allows givers to use their time more wisely, build a more valuable network, and, ultimately, achieve greater success.

Whether you want to be more successful in business or are just interested in the psychology behind professional interactions, check out Give and Take. And if there’s a recent business book that you’d recommend, please let us know about it below.