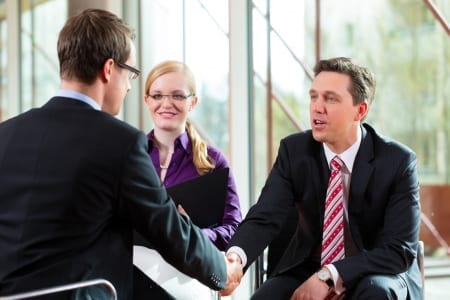 We recently explored how analytics are used to measure an employees’ interest in leaving a company and found ways to keep employees engaged in an effort to retain them. But the hiring process is an employees’ first impression of a company and is what really sets the tone for a successful relationship.

A new Glassdoor study revealed it’s taking longer than ever for companies to extend an offer to candidates — 22.9 days in the U.S. — and that number can be even longer in certain industries. Admittedly, hiring for jobs that require highly specific skills takes longer than, say, for retail, food service, and other low-skill positions.

Economists say that a low unemployment rate accounts for a longer hiring process. With the current national unemployment rate at a low 4.1 percent in October, it’s not surprising that the length of time it takes to fill positions is getting longer.

Quantifying the cost of hiring mistakes

It’s hard to put a number on just how expensive making the wrong hiring decision is — but experts agree that the costs associated with hiring mistakes include interview expenses such as travel, lodging, and meals; training and orientation; employment testing; and unemployment and potential litigation expenses. In addition, terminating a new hire creates disruption, affects employee morale, and increases workloads for everybody else in the company.

A survey of CFOs conducted by Robert Half showed that, apart from poor performance, the factors most likely to lead to a failed hire are: a mismatched skillset, unclear performance expectations, not fitting in with the corporate culture, and personality conflicts.

Here’s what you can do to make sure you’re hiring the right candidate for the position:

It doesn’t matter how long it takes to hire the right candidate—don’t rush the process. No hire is always better than a poor hire.

TwitterFacebookLinkedIn
This article was last updated on March 21, 2022