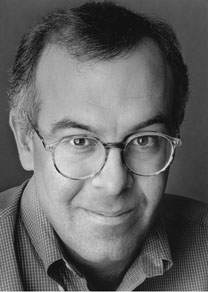 On Saturday, August 4, 2012 The Salt Lake Tribune published an opinion piece written by The New York Times’ David Brooks titled How Much of Your Success is Due to You? It is, of course, a response to a comment that President Barak Obama made in a political speech several weeks ago in which he commented that successful people owe their success, in part, to many external factors as well as their own talent and skills.

In reading the article, we thought about our clients and visitors to this blog who are emerging entrepreneurs and how they might judge their own contributions to the past and current successes of their businesses. Indeed, early in the piece, Brooks says “You should regard yourself as the sole author of all your future achievements and as the grateful beneficiary of your past successes.” We think that this is a feel-good sort of comment but that it might not really apply to your role as a founder or CEO of your emerging enterprise.

We have concluded that there are many different ways in which a company can succeed although we stipulate that much of a young company’s success will come as a result of the sum of the decisions that the founder/CEO makes in those critical, early years. Other factors that contribute to a company’s success include:

As your company’s leader, you can have a significant influence on all of the important success factors listed above, but it’s highly unlikely that you are anyone else on the team can do any of these things entirely alone. As Brooks says, “Great companies, charities, and nations were built by groups of individuals who each vastly over-estimated their own autonomy.” This is a good thing. Everyone on the team should believe that they are playing a critical role, and as the boss, you should make them feel that way.

While this posting was inspired by political discourse, in a very real way President Obama’s comment reminds us that success is almost always the product of talented and skilled individuals doing the right things together. Finally, Brooks concludes his piece with the following advice: “As an ambitious executive, it’s important that you believe that you will deserve credit for everything you achieve. As a human being, it’s important for you to know that’s nonsense.” Can’t argue with that.