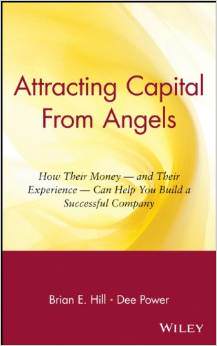 Remember a term sheet agreement is not a deal until the check clears. Entrepreneurs sometimes assume an initial agreement with an angel is a commitment, so they start spending before any money is received. But due diligence and paperwork take time and can change everything.

It’s true that angel investors typically do not present entrepreneurs with overly complicated deal structures, especially when compared to venture capitalists. However, there is no set pattern of terms an entrepreneur might be able to anticipate from an angel, either. Your best strategy is to bring your own term sheet to the negotiation as a starting point.

When a company is at its earliest seed stage, the terms tend to be the least complex. As the company grows and the second or third group of investors comes in, the terms of each subsequent financing grow in size, scope, and the number of lawyers’ fingerprints on them.

According to Attracting Capital from Angels by Brian Hill and Dee Powers, here are some key clauses that angel investors expect on the first term sheet for the investment you need:

Remember that due diligence and negotiation takes time. Not allowing enough time is one of the major mistakes made by entrepreneurs. You can end up becoming very frustrated with the investors, or cause the venture to fail if you run out of seed capital before the angel round can be completed.

In a survey for the above book, angels reported that it takes them an average of 67 days to close, while the average closing time for venture capitalists was 80 days. This time does not include finding the right angels, which is the first and longer part of the effort.

You should expect that both parts, when combined, can take three, six, or nine months – or more. Don’t wait till your last dollar is gone before you start looking for the next one. The check won’t clear in time to save you.

TwitterFacebookLinkedIn
This article was last updated on June 19, 2019