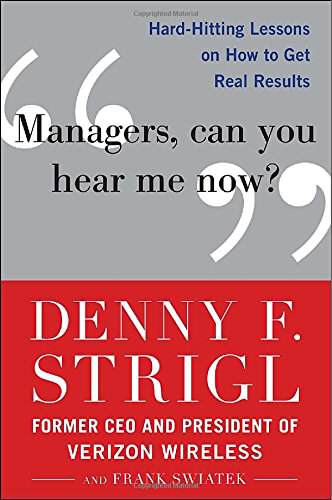 After working with dozens of startup founders, I’m still amazed that some seem to be able to do the job easily and effectively, always in control, while others always seem to be struggling, out-of-control, and fighting the latest crisis. I am more and more convinced that it is the right founder behavior that leads to success, rather than some exceptional intelligence or training.

In that context, startup founders should carefully review the points made by Denny F. Strigl, former CEO of Verizon Wireless, in his recent book, aptly named “Managers, Can You Hear Me Now?” He outlines the behavioral habits he has seen in managers who are successful, versus the bad habits of ones who struggle. These habits apply even more directly to entrepreneur startup leadership:

In order to stop struggling and start delivering, founders need to close the gap between what they know and what they do. Avoid the bad behaviors outlined here. Do the good things, day in and day out, until your behavior becomes a habit for both you and your team. This can override pure intelligence and create real success and positive results from everyone on the team.