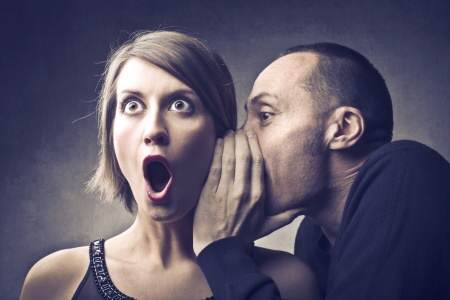 The measure of an entrepreneur used to be the number of real friends claimed, but times have changed. Now the measure is how many hits one has on a Google name search, factored by some formula, like the sum of all positive messages minus 100 for every negative message. If you don’t define yourself effectively, the Internet will do it for you in ways you never imagined.

That’s the reason every good parent should be coaching their child from birth to avoid posting all the naughty things on social networks that can come back to haunt them later. To illustrate the point, here is a true story posted by Seth Godin a while back:

“A friend advertised on Craigslist for a housekeeper.

Three interesting resumes came to the top. She googled each person’s name.

The first search turned up a MySpace page. There was a picture of the applicant, drinking beer from a funnel. Under hobbies, the first entry was, “binge drinking.”

The second search turned up a personal blog (a good one, actually). The most recent entry said something like, “I am applying for some menial jobs that are below me, and I’m annoyed by it. I’ll certainly quit the minute I sell a few paintings.”

And the third? There were only six matches, and the sixth was from the local police department, indicating that the applicant had been arrested for shoplifting two years earlier.

It doesn’t take much imagination to extend this example into your own business world, with potential customers and business associates checking you out. Can you imagine how many positives and how many years it will take to offset the impact of three negative posts entered by the entrepreneur herself in some spirited moments?

In reality, it’s not just the Internet that captures everything we do – just look around you at the cameras in public buildings, banks, and everyone’s cell phone. Remember the news with the videos of the latest celebrity exploits, or the cell phone photos that are snapped of every public and private activity and printed in magazines.

There’s still a bit of the “wild west” left in the Internet, especially as it relates to social networking sites, so keep your wits about you as you explore and act. Don’t be tempted into thinking that can safely relieve your tensions or aggressions in the anonymous massive numbers on Twitter, Facebook, or LinkedIn.

In case you think the number of friends is a meaningful measure, remember that social networking has also totally destroyed the meaning of the word “friend.” Teenagers have hundreds of friends on Facebook by the time they are sixteen, most of whom they have never met face-to-face, and other people collect thousands on LinkedIn. Many of the top Facebook users boast proudly of their “whale” status (5,000 friends or more).

I’m not here to argue whether it is right or not. Just recognize that it is what it is. So do your business networking and social networking with your eyes wide open. In fact, if you live your business and personal lives that way, you might actually hope that someone is looking over your shoulder, and catches you in a glowing moment. Be known for your strength. Then you can be happy that Google never forgets.

Home » Blog » Business Basics » Have You Heard What the Internet Said About You?