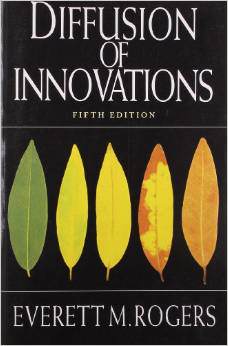 For most new high-tech products, the first customers are always “early adopters.” The conventional wisdom is that early adopters are the ideal target for new products, to get business rolling. I see two pitfalls with any concerted focus on early adopters; first, the size of this group may not be as large as you think, and secondly, their feedback may lead you directly away from your real target market of mainstream customers.

The term “early adopters” relates to the people who are eager to try almost any new technology products, and originates from Everett M. Rogers’ Diffusion of Innovations book. Early adopters are usually no more than 10%-15% of the ultimate market potential, and marketing to them may be necessary, but not sufficient in marketing to the mainstream. Witness the market struggle for 3DTV acceptance over the past couple of years.

The good news is these people will readily provide candid feedback to help you refine future product releases, and push towards new features, increased control, and interoperability. The bad news is that they hardly ever push towards simplicity and increased usability needed by the masses.

The result can easily be the classic death spiral, driven by a small but vocal portion of your market, for more and more features, when you can least afford it in time or money. Equally bad, implementation of input from a few early adopters can actually prevent your products from being adopted by the majority, as follows:

The dilemma that we all face is that the most valuable customers might be the least vocal (silent majority). The users who scream the loudest are usually a minority segment. The challenge of every business is to proactively seek out a cross section of core users and ask them for feedback, rather than responding to random noise.

I’m certainly not suggesting that you ignore early adopters. Simply recognize them as a specific and important small market segment, and treat them with respect. Early adopters have money, and if they like your product, they’re generally very vocal about it and provide invaluable word-of-mouth press. You need their evangelism and passion to get enough momentum to start attracting mainstream consumers.

So don’t be lulled into complacency by early adopters as your first customers. Temper your feedback assessments, product changes, and marketing strategy to the mainstream market. Ten percent of your projected market won’t make either you or your investors very happy.