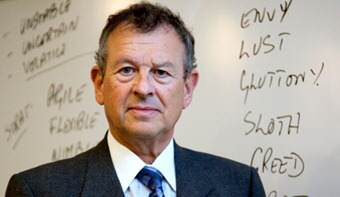 Go-to people get things done. As an entrepreneur, you need these people, and you need to be one, if you expect your startup to be successful. That may be easier said than done, since resumes do not tell the story, and without real nurturing, they won’t stay around long.

To highlight how rare this breed is, Jeffrey Gandz of the Richard Ivey School of Business relates a quote from a new CEO in a large company, “I have more than 1000 people in my head office organization, 900 can tell me something’s gone wrong, 90 can tell me what’s gone wrong, 9 can tell me why it went wrong, and one can actually fix it!”

Finding and nurturing that one is the challenge for every company and every startup. I like his summary of how go-to people are different from other people, not necessarily because they have unique skills, but because of the ways these skills are configured and integrated with other leadership characteristics:

While many resumes portray people as leaders, resumes are heavily weighted toward “initiators”, those who start things and develop new ways of doing things. Few talk about completions – driving things that they have initiated through to conclusion. You need both, and don’t confuse the two.

If you are not that natural leader, remember that becoming the go-to person in your organization is equally powerful in raising positive perceptions of your value. It’s all about who you know, what you know, what you do, and how you can help. Best of all, it’s fun to get things done.