History is full of leaders who were confident, charismatic, and completely wrong. From Custer’s last stand to Napoleon, leaders have been overly confident and ignored warnings. How is today’s entrepreneur, inundated with data, surrounded by options, and forced to make snap decisions, able to avoid the pitfalls of overconfidence? They can create a culture of thoughtful disagreement, as illustrated in Part 1 of this series. 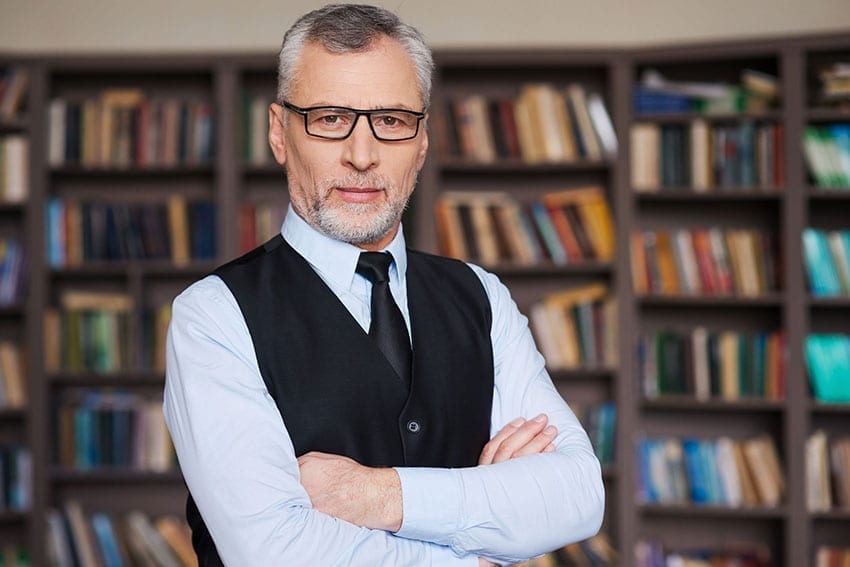 We can look to a few renowned leaders for principles to cultivate a culture of healthy debate: the ubiquitous Stephen Covey’s “Seek first to understand,” Ray Dalio’s principles of radical transparency and idea meritocracy, and Patrick Collison’s focus on the exceptions.

Stephen Covey’s 7 Habits of Highly Effective People has been a best seller for over 25 years and played a part in the transformation of millions of lives across all age groups and professions. Of the seven habits, Dr. Stephen Covey says, “If I were to summarize in one sentence the single most important principle I have learned in the field of interpersonal relations, it would be this: Seek first to understand, then to be understood.”

This emphasis on listening sets the stage for quality discourse, but it may be the hardest principle to master. The fact that “I” is the most commonly used pronoun in the English language supports the fact that we like talking about ourselves… a lot.

The next time you’re making an important decision, find someone who opposes the direction you’re inclined to go and interview them. Make a conscious effort to ask questions, repeat what they say for clarity, and truly seek to understand their perspective before making your choice. Taking the time to understand all viewpoints will ensure that your decision is based on a true cost-benefit analysis rather than simply “going with your gut.”

Ray Dalio founded Bridgewater Associates in 1975. In his recent book, Principles, he outlines some of the cultural cornerstones that made Bridgewater the largest hedge fund in the world, managing almost $160 billion. Among them is the idea of radical transparency. Dalio says “we take things that ordinarily people would hide, and we put them on the table, particularly mistakes, problems, and weaknesses. We put those on the table, and we look at them together. We don’t hide them. That’s what I mean by radical truth. I mean accepting reality.”

Some have countered that the concept of radical transparency is overly harsh and aggressive, but it has worked to create a uniquely open culture at Bridgewater. Openly admitting flaws in some cultures would limit upward mobility, but the reality is that everyone has flaws. The freedom to expose them only gives our true strengths more credibility. This credibility leads to Dalio’s second principle—idea meritocracy.

In short, idea meritocracy is about “employing methods to make sure the best ideas come to the fore so the best decisions can be made.” This means embracing open communication platforms and giving channels for dissent. Conceptually, you can see this as an openness spectrum. At a minimum, you can provide a suggestion box and place a priority on implementing a few ideas a quarter. At Bridgewater, this concept has led to recording meetings and allowing anyone to send ideas or even criticism to anyone else in the organization, regardless of hierarchy. In one example Dalio shared, an employee sent him the following:

Ray – you deserve a “D-” for your performance today in the meeting … you did not prepare at all because there is no way you could have and been that disorganized. In the future, I/we would ask you to take some time and prepare and maybe even I should come up and start talking to you to get you warmed up or something, but we can’t let this happen again. If you in any way think my view is wrong, please ask the others or we can talk about it.

Dalio was so pleased with this blunt communication that he circulated the email internally and shared it in his Ted Talk. While this technique might seem abrasive, if your culture is structured to empower employees to communicate openly, the benefit to the leader is more information, a platform for new ideas, and honest dialogue to evaluate potential options. Open communication platforms can be the difference between a Titanic scenario and a blockbuster.

Focus on the Exceptions

Patrick Collison isn’t your average CEO. A quick look through his bookshelf shows an eclectic literary taste and a ferocious reading habit. That might partially explain how an MIT dropout quickly turned into a 19-year-old millionaire and is currently one of the world’s youngest self-made billionaires. As the founder of the payment platform, Stripe, Collison has an interesting perspective on company culture. As an Irish citizen, Collision says that Stripe’s culture was based on the Irish proclivity towards “disagreeing and always arguing.” He believes his Irish heritage helped him attract employees who don’t see disagreement as a personal attack.

The culture of Stripe drew in people who enjoyed disagreement and wanted to find the boundaries of an argument. This search for boundaries leads people to look for the places where “it doesn’t apply,” or exceptions to the rule. A focus on exceptions allows them to find opportunity. By all accounts, Stripe was a crazy idea. American banking systems were too dispersed and too complicated. The market was overcrowded. The regulations were too strict. However, the team that founded Stripe was able to move forward with their payment processing system precisely because they could see the exception to the rule—the scenario where the solution actually did work. This doesn’t mean turning a blind eye to the odds against you, but simply seeing where they don’t apply.

Whether your startup is in its infancy or rounding year 20, creating a culture of open disagreement can help you anticipate the next big opportunity. It’s up to you as a leader to seek first to understand, create a culture that supports radical transparency, and focuses on the exceptions. All of these rely on your humility and strength to be confident enough to be okay with being wrong. As a leader, these principles can help you find the right employees, the right opportunities, and the right market to succeed. Here’s to hoping that someone in your organization proves you wrong in just the right way for you to find the next big break.