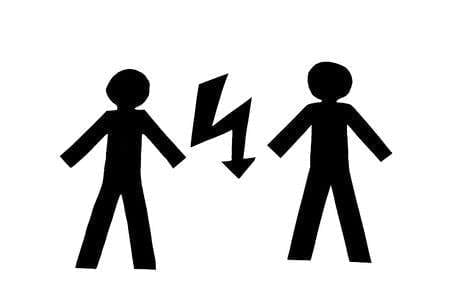 Entrepreneurship is not a job for the Lone Ranger. Every startup requires building and maintaining effective relationships with people, including partners, team members, customers, and investors. That means giving and asking for feedback, and learning from it, especially negative feedback.

“Friction” is feedback mixed with emotion, making it all the more difficult to sort out the value. There should be no immediate assumption that one side is right, and the other is wrong. It may be an indication that one party isn’t giving the feedback well, or the other isn’t taking it well, or both. Both of these modes are wrong, and non-productive.

Unfortunately, many entrepreneurs I talk to confess that they put off giving feedback because they are uncomfortable. Others tell me they can’t deal with friction or negative feedback, so they don’t listen. If feedback is so important, why is it often ignored? Let’s look at what causes friction, and how to prevent it, resulting in productive feedback:

We never see ourselves as other people see us. We see friction, and we react to friction, based on our standards, what we consider important, what we value, and what makes us uncomfortable. Understanding that, and understanding the triggers to friction outlined above, you as an entrepreneur need be able to deal with friction as the most important feedback of all.