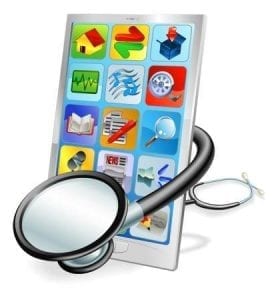 Venture Capitalists are voting with their dollars when it comes to products and applications that target the mobile segment. Fifty companies in the mobile health segment have attracted $310 million in VC funding this year from January to August, compared to $229 million raised by 42 firms during the same period last year, according to a recent research report by Rutberg & Co.

The mobile health area refers to the marriage of healthcare applications with mobile devices such as wearable monitors and smartphones. It can be further divided into two sectors:

During the first 8 months of 2013, the top three recipients of VC funds in mobile health segment were Proteus Digital – a smart-pill maker, Fitbit, maker of popular fitness measurement bands, and Withings (acquired by Nokia Health), another maker of fitness bands. Whereas Proteus’s product – a tiny silicon chip embedded in a pill that is activated by stomach acids upon swallowing and communicates with a smartphone – is a regulated device, Fitbit and Withings are consumer devices that do not require FDA approval. 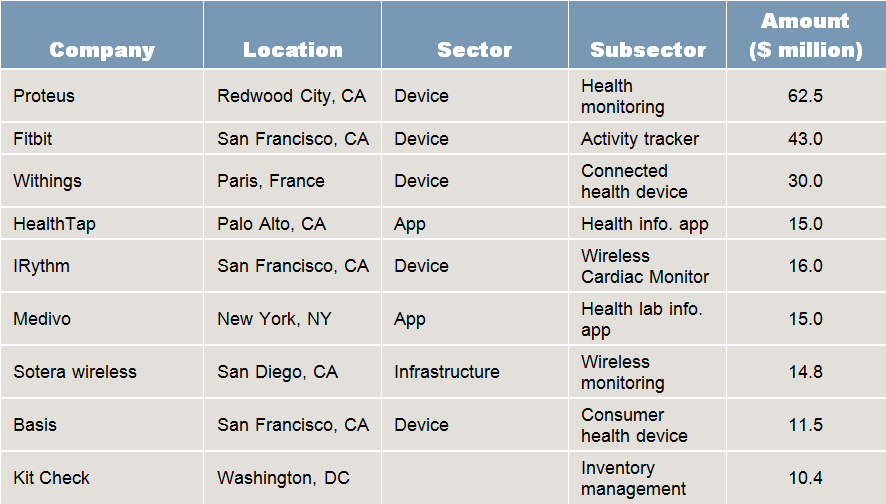 Source: Rutberg & Company (September, 2013)
“Overall, we believe healthcare will be revolutionized by mobile, and we are bullish on the macroeconomic impact from venture-backed startups,” says Rajiv Chand, Managing Director and Head of Research at Rutberg and Company. However, he adds a sober note: “We caution that it is very difficult to grow companies within the sector and that although several companies are emerging as breakout leaders, most are struggling with adoption and/or revenue growth. Of note, the tremendous innovation in mobile health startups is impressive.”

The recently introduced iPhone 5s incorporates an M7 motion coprocessor, which can track a user’s activities. App developers can take advantage of this popular device to create apps that monitor a user’s activity level and provide feedback on how to reach one’s fitness goals.

Similarly, Google Glass is creating its own ecosystem of developers with innovative new applications that present data in a new way to the users. Augmentics – developer of a Google Glass application for physicians – has recently raised a stealth seed round.

Interesting opportunities exist at the intersection of different market spaces. BioBeats has raised $0.7 million for an app that combines health and music. It listens to a user’s heartbeat and produces music that matches it. It also tracks biometric data.

The message for entrepreneurs is loud and clear: Listen to the VCs’ pulse, and develop apps that create unique value in the mobile healthcare space.