“No one remembers the second man on the moon,” goes the marketing adage. “Or second to market.” Fans of Buzz Aldrin may disagree, but the fact remains that Neil Armstrong is the name that first comes to mind when thinking about the conquest of the moon. 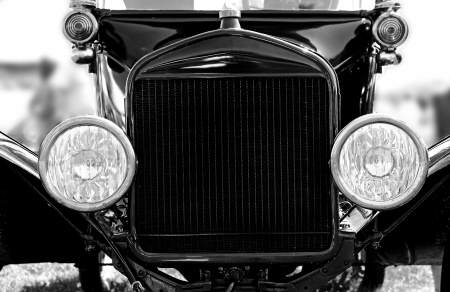 Being first to market is a much-hyped strategic advantage. Indeed, there are several cases of first-mover advantage holders who created a new market space with a new product or service and continued to dominate that segment. Think Ford in automobiles, Gillette in shaving, Coca-Cola in soft drinks, Sony in cassette-tape and CD music players, Intel in microprocessors, and Xerox in photocopying. However, first movers bear the burden of market development that followers can exploit. In addition, there is no guarantee that markets exist for their products or services. Consider Segway, once heralded as the next big thing after the automobile for transportation, or Webvan, which promised to revolutionize the grocery delivery system.

Henry Ford famously raised the wages of his workers to $5 a day – double the prevailing wages – in order to cultivate a stable workforce and create a new class of consumers who could buy the product they were building. GM – a fast follower – soon overtook Ford in market share by building cars for specific market segments. While Ford initially told consumers they could have the Model T in any color they liked, so long as it was black, GM offered not just more colors, but more models as well. “A car for every purse and purpose,” was the mantra of Alfred P. Sloan, then president of GM. Of course, Ford followed suit, and the Model T was eventually made available in a variety of colors as well.

In The Half Truth of First Mover Advantage, published in the Harvard Business Review, authors Fernando Suarez and Gianvito Lanzollo argue that first-mover advantage is dependent on the pace of market and technology evolution. A slow pace of market and technology evolution favors first-mover advantage. Scotch tape was initially designed for industrial usage. It was the only game in town, yet failed to gain sales success until consumers started adopting it. It was the only product in its category for decades and has enjoyed significant market success ever since its launch. The same is true for Hoover vacuum cleaners during the last century, until innovators such as Dyson changed the game for bag-based vacuum cleaners.

When technology and markets evolve quickly, first-mover advantage is harder to gain. Early personal computers introduced by Atari and Commodore as well as the first Apple Computer never gained mass consumer adoption beyond hobbyists and early adopters. It was Apple II, followed by the IBM PC, which created a mass market for personal computers. Today, even though extraordinarily successful as a business, Apple’s computers account for about 10% of the overall market. IBM exited the personal computer business in 2004.

Products that create a whole new category sometimes have a tough time achieving market success. Sony introduced Mavica – the world’s first digital camera – in 1981. Sales remained stagnant for over a decade, primarily due to the lack of market adoption of digital cameras. The price point was too high, and the quality of the pictures was poor. It was not until the mid-1990s that digital cameras crossed the chasm from early adopters to early majority. The introduction of megapixel sensors and chips at attractive price points led to consumers giving up higher quality film cameras in favor of more convenient digital cameras. Today, the point-and-shoot digital camera faces extinction due to the improving quality of smartphone cameras.

Google: Searching for an advantage

The early search engines such as AltaVista, Infoseek, Excite, Inktomi, Yahoo, and Lycos had strong market penetration. There was no obvious need for a new search engine when Google founders went looking for funding. In fact, search was considered a commodity. The favored business model of the day was the portal. Websites such as Yahoo and AOL wanted to keep users on their portals as long as possible so they could maximize banner ad impressions. The core idea of Google was to send a user away from Google to the search result as soon as possible. This did not sound like a winning proposition.

In a fascinating history of Google titled “The Search,” author John Battelle describes how Google got its first round of funding. The initial investors in Google, notably Silicon Valley heavyweights Kleiner Perkins and Sequoia, invested in Google as a way to help Yahoo. Since Yahoo was the dominant portal at the time in 1999, the VCs wanted it to outsource search to Google to enable Yahoo to focus on its core mission of building a rich portal. The idea of search leading to advertising revenue via AdWords came later. A new business model was born.

Walter Isaacson’s bestselling biography of Steve Jobs recounts how Apple decided to enter the mobile phone market. “He (Steve Jobs) had noticed something odd about cell phones on the market: They all stank, just like portable music players used to,” writes Isaacson. Apple famously eschews market research to find what users want. When Jobs was asked about what market research Apple did before launching the iPad, he famously said, “None. It is not the consumer’s job to know what they want.” Inc. Magazine quoted him in 1989 as saying, “You can’t just ask consumers what they want and then try to give it to them. By the time you get that built, they will want something new.”

Apple had the advantage of its loyal user base of iPod owners. It began with a clean slate, building the web, phone, music, and other apps into a device without a keyboard. Upon introduction, it was loved by users – who would stand in lines overnight to get their hands on a new iPhone – and derided by competitors. Steve Ballmer, then CEO of Microsoft, predicted that businesses would reject the most expensive phone on the market.

Today, the iPhone is the largest revenue generator for Apple, and it reportedly garners 75% of all cell phone industry profits.

Facebook: from a Harvard dorm room to 1.2 billion users

Facebook was fashionably late to the social networking market. In 2004, it followed Friendster introduced two years earlier, and MySpace launched a year earlier. It started first as a college student networking site and was known as a “Friendster for college students” in its early incarnation. But its singular focus on user experience, documented in the award-winning film The Social Network, differentiated it from the cluttered look of MySpace and Friendster. It surpassed MySpace in 2008 and has since become the de facto global social network with a market value of $160 billion.

Motorola and BlackBerry: From first mover to oblivion

Motorola created the world’s first mobile phone, and it led the industry for about a decade. It fell victim to its own success by letting others innovate around it. First came BlackBerry, which quickly became a must-have gadget for every professional. BlackBerrys were so popular that in 2006 – Webster’s Dictionary made “CrackBerry” – symbolizing BlackBerry addiction – its word of the year. Today, both Motorola and BlackBerry are technology has-beens, surpassed by the likes of Samsung and Apple.

As companies exploit their first-mover advantage, they are also subject to path dependence. Their recipe for success becomes cast in stone. They are unable to change because their users tell them they want more of the same. “Not Invented Here” thinking sets in. Harvard Professor Clayton Christensen has written extensively about this phenomenon in his groundbreaking book “The Innovator’s Dilemma.” The keyboard became the defining feature of BlackBerry, and even though users showed a clear preference for keyboard-less touchscreen devices such as the iPhone, BlackBerry refused to change. By the time they introduced their own touch device, it was too late. The same can be said about Microsoft’s Surface tablet. Its failure to break into the tablet market was one of the reasons behind Steve Ballmer’s exit as its CEO.

Path dependence creates inertia and hubris. Motorola was so stuck in its clamshell cell-phone designs, it did not see the rapid adoption of the BlackBerry and then the iPhone as threats until it was too late. The same is true for Polaroid in instant cameras, Kodak in photography, and Blockbuster in video rentals.

Instead of dreaming up entirely new markets, most entrepreneurs would be better off finding out what the users’ pain points are, what problems they are actually trying to solve, and what gains are they seeking. This method of developing a unique customer value proposition, coupled with the techniques of rapid prototyping and lean startup methodology of creating the minimum viable product, is more likely to create market success. In general, fast followers can learn from the mistakes of early innovators, and bring to market products that are more suited to the target market. When it comes to bringing new products to market, companies with a deep understanding of their customers’ needs and wants are more likely to succeed than those rushing to market with an untested product.

TwitterFacebookLinkedIn
This article was last updated on December 1, 2022