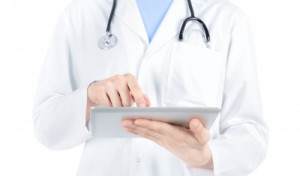 The United Sates is a laggard in the adoption of electronic health records, trailing Europeans by a country mile. A recent study by Harvard’s School of Public Health found that of 3,000 acute-care hospitals surveyed in 2009, only 1.5% had comprehensive electronic health record systems, and only 11% had some parts of their health records computerized. Contrast that with 90% or above adoption rates in European countries, and you will begin to understand at least one of the reasons why our healthcare costs are significantly higher than that of Europeans, while delivering lower overall public health, as measured by infant mortality and life expectancy.

The runaway cost of healthcare, at $2.5 Trillion in 2009, is expected to rise to $4.3 Trillion by 2017 or 20% of GDP, according to a recent study by McKinsey. Despite spending astronomical amounts, 46 million American are uninsured. The Obama administration has targeted e-health records as an initiative to contain costs and increase the quality of service, by allocating $19 Billion for this effort in its $787 Billion stimulus plan.

There is a significant opportunity for entrepreneurs and established companies to thrive in this sector. However, before the software and hardware companies stampede toward this new gold rush, it is time to pause and ponder some key criteria for transforming the nations healthcare records. For e-health records to be effective in reducing costs and improving the quality of healthcare, they must meet the following criteria:

Implementing e-health records is not easy. The UK Government’s $18 Billion e-health record initiative is four years late, having run into repeated problems, with some prime contractors walking away due to the complexity and constant changes required by the various constituents. E-health records, if done right, will deliver the $80 Billion in savings that the government promises. However, they are no panacea for all our healthcare ills. If we do not pause and learn from the experience of other countries in adopting e-health records, we may be building a new Tower of babel.