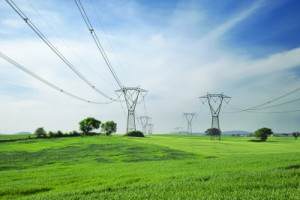 An old friend named Tim stopped by the office recently to talk about innovation in the electrical utility industry in the United States. Tim has spent 45 years in the business of generating and moving electrical power; he has spent the past 15 years consulting with entrepreneurial companies in the U.S. and abroad.

It turns out that Tim is very frustrated because there have been many amazing innovations in the transmission of electricity from where it is produced to the customer, and yet, the industry, for the most part, refuses to embrace these advances.

Sure, we have alternative ways to generate energy – such as solar and wind power – but the areas in greatest need of innovation lie in the transmission from the source to the customer. This is commonly referred to as the “smart grid.” Tim said, “Do you realize that in the next seven years, China will build a transmission and distribution system that it took the U.S. utility industry 100 years to build, and it will be a smart grid?”

What is a smart grid? Siemens AG (NYSE: SI) defines a smart grid as the convergence of “products, solutions, and services for the protection, automation, planning, monitoring, and diagnosis of grid infrastructure.”

So, we had to ask the obvious question: If there are important benefits to introducing smart grid technologies into the utility industry, why have the utilities ignored these obvious improvements? The answer is interesting.

Tim explained that “the electrical utilities in the U.S. are risk-averse.” He says, “Think of it this way: if the industry has over a 99.6% reliability rate and is highly regulated in every aspect of its business, why should executives risk their job security for a new innovation? Furthermore, it is very difficult to get paid for employing new technologies because the cost of these innovations – which include replacement of equipment, training and re-training, and documentation – is significant when you consider that the ability to recoup these costs do not exist in the utilities regulated rates. In other words, the cost plus the risk of change is huge.”

We asked Tim why the electrical utility industry hasn’t changed the way the telecommunications industry has changed. Both are regulated. The telecommunications industry went from analog to digital, went from copper to fiber, and is moving from largely hard-wired service to cellular. Tim’s response was simply that “in the case of telecommunications, the industry changed because the market forced the change.” That is not the case in the electrical utility business. For the most part, says Tim, “the customer is ambivalent. Why would the customer want to change any more than the utilities that serve them as long as they are getting their electricity with 99.6% reliability?”

Well, if the industry does not want to change and the customer doesn’t care, why are we wasting ink on this blog post? The answer is that the utility industry in the U.S. is the only major industry to be operated and managed with analog systems. Every other industry has gone digital. And, as the demand for electricity continues to grow, these systems will not be able to protect, measure, monitor, and diagnose the infrastructure in a practical and efficient manner. Change has to come. Tim says, “not to be an alarmist, but a cyber-attack on the utility industry is far easier today than it would be if it were properly protected by communication, encryption, and identification systems that are available in the market right now.”

We found an article titled, Bracing for a big power grid attack: ‘One is too many’ that mirrored Tim’s concerns. In part, the article said “Although the repeated security breaches have never resulted in the type of cascading outage that swept across the Northeast in 2003, they have sharpened concerns about vulnerabilities in the electric system. A widespread outage lasting even a few days could disable devices ranging from ATMs to cellphones to traffic lights, and could threaten lives if heating, air conditioning, and health care systems exhaust their backup power supplies.”

It appears that the electric utility industry has some big issues and our friend, Tim, has every right to be frustrated at the slow pace of change in the industry. There may be some lessons to be learned for entrepreneurs. First of all, markets drive change. If the market does not see a problem and is not willing to pay for it, the change will be hard to come by. That doesn’t mean that change isn’t necessary. It just means that change will be slow. Secondly, just because one market doesn’t see the need for change doesn’t mean that all markets will ignore innovation. If you are a U.S. based entrepreneur and you are having trouble finding customers in your home country, look elsewhere.