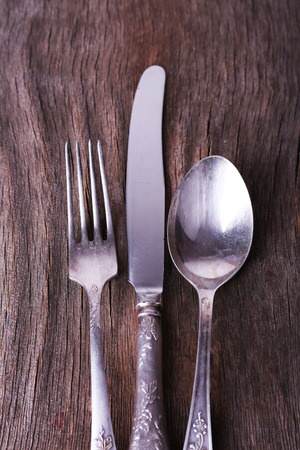 You have a brilliant new invention. Congratulations!

In general, you have two choices: you can build a company, or you can license your concept to another company and you can earn ongoing licensing fees. Most inventions, by themselves, are too small to be the basis of a company. Furthermore, if you’re like most inventors, you probably don’t have the resources or skills needed to successfully build a company. Thus, licensing is a sensible option for many inventions.

This article offers a brief and hopefully entertaining introduction to the world of licensing of intellectual property, a business model that is used extensively, but about which little is widely known. In this case study, the names of real companies have been used to enhance the storytelling. However, the entire story is fictional.

Galactic Solutions, LLC, is an established technology company with a small portfolio of patented consumer products. Galactic has just been awarded a provisional patent on a new product that was designed to be a line extension of an earlier product that was developed, patented and introduced 2 years ago called “fork.” Fork is a multi-pronged eating device.

The new product, which is the subject of this case study, is designed to allow consumers to consume liquid and semi-liquid foods more efficiently. It is designed to be offered in both reusable and disposable models. In addition, the provisional patent calls for the product to be offered in various sizes, some of which will fit in the mouth, and larger versions intended to be utilized as cooking and serving utensils.

The re-usable model can be manufactured using a variety of materials including steel and silver. That notwithstanding, the patent proposes that the product is protected regardless of the material used. The disposable model will be made of plastic in a number of colors. The provisional patent indicates that the preliminary name given to the product is “spoon.”

Like its sister product, the spoon is designed to save the consumer’s fingers from undue soiling as well as injury from excessive heat or cold. The principal idea of the spoon was borne out of the difficulty that most consumers had in eating soup with a fork. In addition to soup and other liquid or near-liquid foods, the spoon could well be used for another of the company’s inventions which is currently under development. This is a food that is stored and served in a frozen state and made primarily from cream or milk. Galactic is still undecided on a name for what it believes will be an important dessert product.

Galactic Solutions LLC is an eight-year-old company that many in the financial services industry refer to as an Idea Factory. This is because Galactic does not have any traditional business operations. The company itself does not sell any products and services. Galactic was founded and grown by a group of scientists who have, over the years, built an impressive portfolio of intellectual property. It invents or develops ideas and protects its ownership of the ideas using patents or trade secrets. Its business model, the way it makes money, is to license its ideas/technologies/intellectual property to companies that are willing to pay fees for the use of these ideas. In many instances, licensees will license a product because it makes the product that they sell or use better.

On several occasions, Galactic has grouped sister technologies together and then sold them, along with existing licensing agreements, to the highest bidder – thus creating a significant liquidity event for its shareholders. In its early years, Galactic was capitalized with funds from its shareholders and several government grants. There have never been any external investors or debt.

As with the technologies that came before it, after receiving its patent (US Patent # 23649840) Galactic entered into a number of licensing agreements with various licensees who would manufacture and distribute the product and pay Galactic a licensing fee. It is important to note that patent applications were filed and awarded in a number of foreign countries so that Galactic could enter into international licensing agreements as well. In each of these transactions, Galactic transferred its rights to produce and sell the technology to the licensee. In addition, Galactic was responsible for providing its licensees with all updates or new versions of the technology.

Here is a summary of these deals:

So, the point we are trying to illustrate here is that licensing can be a very effective business model. Licensing deals can be exclusive or non-exclusive. They can be worldwide or geographically limited. Licensing arrangements can provide certain levels of control to the licensor as well as the licensee. If you have well-protected intellectual property and don’t want the execution risk of running your own operating business, licensing may be a viable strategy to consider.

Of course, this case study only considers a few high-level issues. The realities of licensing are far more complex. If you wish to learn more about intellectual property licensing, here are a few sources to get you started: