“Build a better mousetrap, and the world will beat a path to your door,” wrote Ralph Waldo Emerson more than a century and a half ago. He forgot to mention that if you did not patent your idea, many would copy it, have it built cheaply offshore, and probably drive you to bankruptcy. 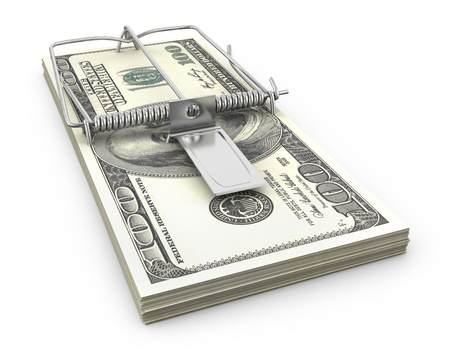 What is Intellectual Property?

The World Intellectual Property Organization (WIPO) defines intellectual property as “creations of the mind, such as inventions; literary and artistic works; designs; and symbols, names and images used in commerce.” Creators and owners of intellectual property (IP) have rights that allow the owners to benefit from their own work or investment in a creation.

What is a Patent?

According to WIPO, a patent is an exclusive right granted for an invention – a product or process that provides a new way of doing something, or that offers a new technical solution to a problem.” A patent is typically valid for 20 years from the date of application. It can be perceived as a contract between an inventor and society, in which society grants a right to the inventor to profit from his invention for a set period of time, in exchange for the invention becoming a public good that can advance the state of the art.

What is a Trademark?

A trademark is defined by WIPO as “a distinctive sign that identifies certain goods or services produced or provided by an intellectual or a company. A trademark is essential to building a brand. The value of a brand is a significant driver of a company’s total value. Apple’s brand value, for example, is estimated to be $146 billion by Brandirectory. Coca-Cola’s brand is estimated to be worth $30 billion.

Unlike a patent, a trademark registration does not have an expiry date. However, it needs to be in continuous use for it to remain valid, according to the USPTO. It is in the interest of a business to register trademarks as soon as it can.

According to a research note[i] published by Prof. Susan Chaplinsky of University of Virginia’s Darden School of Business, intellectual property can be valued using one of many approaches, such as the income approach, discounted cash flow method, venture capital method, relief from royalty method, or real options method. Let us examine some of these in greater detail.

This method focuses on isolating future cash flows attributable to a specific piece of intellectual property over its lifetime. Even though the life of a patent is 20 years, it may not produce future cash flows for the life of the patent since the underlying technology may become obsolete. Think about the value of patents for optical discs such as DVDs, after the advent of streaming and solid-state storage such as USB drives. The net present value of the future cash flows can be calculated using a discount rate, taking into account the time value of money and the associated market risks. Several approaches such as the Capital Asset Pricing Model (CAPM) and Weighted Average Cost of Capital (WACC) are used to calculate an appropriate discount rate.

There are several risks associated with the income approach. First, new patents may render old ones obsolete. There is no way to know what new patent applications have been or will be filed. The USPTO makes information regarding patents public only after it grants them. Even after issuance, a patent can be attacked by others as infringing on their previously issued patents. Successful challenges can nullify issued patents.

The market approach is similar to the approach used to value a business. But instead of valuing the whole business, this method compares an invention to those of competing companies and tries to benchmark its valuation vis-à-vis comparable companies in the market. It is often difficult to attribute revenue streams to a single invention, so a great deal of market and product insight is required to make a value judgment.

There are many firms whose main business involves the licensing of intellectual property. The most famous such firm is Intellectual Ventures, founded by ex-Microsoft CTO Nathan Myrhvold and others. This short video explains Intellectual Ventures’ business model. It has raised over $6 billion from the private capital market and has reported cumulative revenue of $3 billion in the past 14 years. It has amassed a portfolio of over 35,000 patents and patent applications in over 50 technology areas. By becoming the largest licensor of intellectual property, it has established market pricing for inventions in many areas.

This approach takes into account the cost to develop intellectual property. Drug companies, for example, have huge R&D costs associated with drug development, often running over a billion dollars. Such investments are recognized as intangible assets on the corporation’s balance sheet. The cost approach may not yield the true value of an intellectual asset. Billions of dollars spent on pharmaceutical R&D may not yield expected results, due to efficacy or the legal environment. On the other hand, small investments in R&D may lead to significant revenue streams. Take the example of Post-It notes. 3M spent relatively little R&D money to develop this product. In fact, the product was discovered serendipitously by 3M engineers. Today, it is a significant revenue generator for 3M.

The Value of Patents

A patent gives the owner a right to exclude others from making, using or offering for sale what the inventor claimed in the patent. It does not give the owner the right to make, use, or offer for sale the claimed invention, because there may be other factors in play, such as the existence of other patents in the same field, the need to obtain regulatory approvals from agencies such as the FDA, or national security concerns.

Thus it is important to consult a patent attorney and be aware of other patents in related fields. Venture Capitalists view patents as strategic advantages and tell entrepreneurs to file for patents early so that it can exclude other startups in the same field. The bottom line is: If you have a unique product or a process, patent it to fend off copycats and create unique value.

TwitterFacebookLinkedIn
This article was last updated on December 19, 2019