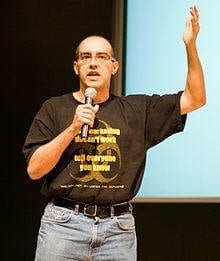 If you are new to the entrepreneurial world of startups, you are likely confused by the terminology of seed-stage, lean startups, micro-VCs, and Super Angels. Don’t be embarrassed, since even professional investors are often confused these days by the new terms, as well as old terms used with new meanings. In any case, it’s time to look again at the options you really have.

A while back I heard a talk by Dave McClure, a long-time angel investor, who also proclaims to be one of the “new breed” of venture capitalists in Silicon Valley, as CEO of 500 Startups, which is either a micro-VC seed fund, or a startup incubator, or both. The good news is that he is all about helping early-stage startups, the hard part for entrepreneurs is figuring out what it takes to play.

Here is just a sampling of the latest terminology and lingo that I gleaned from Dave, and from some additional research on the Internet, that I think every entrepreneur should know, who may be looking for funding now, or down the road:

Overall, the biggest issue for early-stage startups still is funding – how much should you expect, who provides it, and how much of your future company should you give up to get it? The trend for investors, including micro-VCs and Super Angels, is to place “lots of little bets,” ($10K to $50K) with milestones applied, which can then lead to incremental and larger funding checks.

Pundits call this the “spray and pray” approach to funding. Even though significant deal vetting and filtering are performed by the investor teams running these seed programs, in effect, they spray little bits of capital onto as many good ideas as possible, help them along, and pray some eventually strike it big.

Despite these pundits, I sense a fundamental change in the early-stage financing eco-system. With the Internet and other powerful but inexpensive business tools, the cost of development and rollout of new startups is lower than ever before, so the “big bang” theory of funding no longer makes sense. This should be a wake-up call for traditional entrepreneurs and investors alike.