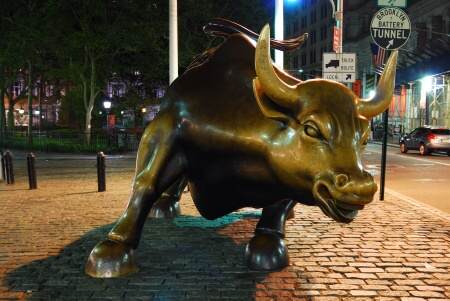 The name “investment bank” somehow always sounded like a place where I could somehow deposit my investments, and maybe even earn a little interest. Then I learned that these banks really negotiate investments and collect fees on the transactions, sort of like commercial banks do with loans to businesses. None normally work for or provide funds for early-stage startups.

Many investment banks even call themselves “boutiques.” As near as I can tell, these are smaller ones who don’t sell clothes, but typically sell companies and securities in a particular set of industries. All investment banks have to be staffed by licensed specialists, called broker-dealers. Very confusing.

None of these investment banks offer traditional banking services, as you would expect from one of the following:

As startup founders, you first need to deal with one of these banks, probably a commercial bank. Commercial banking is also known as business banking. That would be almost any bank that provides checking accounts, savings accounts, and money market accounts to businesses, and also makes loans to businesses. You can also avail yourself of business bank account promotions that are offered timely by the commercial banks. It may be the same physical bank that you deal with for your personal account, except in the personal context it is called a retail bank.

Most retail and commercial banks offer investment services to their customers, but these services have nothing to do with investing in your business. Typically, their service is to help you invest in stocks, bonds, or mutual funds, much like independent financial advisors.

A few, like Silicon Valley Bank (SVB), actually do provide management services to startups, invest in startups, or provide early-stage venture capital, but that is not called an investment service and is part of a function called Emerging Technologies, or sometimes Private Equity.

So unless your business is well established, and ready to sell or go public (Initial Public Offering – IPO), you should steer clear of investment banks. Officially, the investment bank’s mission is to raise money for companies by issuing and selling securities in the capital markets and providing advice on transactions such as mergers and acquisitions.

Investment banks normally charge fees consisting of three components. There is an upfront or monthly retainer, and maybe a closing fee, of at least several thousand dollars. In addition, they will likely take between 3% and 10% of any capital raised. For these fees, they will develop a business plan, solicit investors, and negotiate term sheets to a closing.

Another service of investment banks is the buying and selling of “derivatives,” which many believe to be some arcane financial products to dodge government regulators, encourage foreign currency speculation by pension and mutual funds, disguise risky gambles with AAA Standard & Poor’s ratings, and avoid capital gains taxes for wealthy individuals.

After the banking fiasco surfaced a couple of years ago, resulting in the failures of Bear Stearns and Lehman Brothers, investment banks seem to most of us more like a place to avoid, rather than a place to entrust with the keys to our investment livelihood. I’m not sure whether derivatives per se were the problem, or the fact that they were often backed by worthless subprime mortgages.

Startups looking for an Angel investor, or a Venture Capital investment usually realize that neither of these sources of funds normally has any connection with a bank. Yet every business needs to have a good relationship with a bank, for day to day operations. I guess it’s no wonder that banks are struggling these days with their public image. Their message and mission are confusing, even to professionals. As your business evolves, don’t let that happen to your own message.