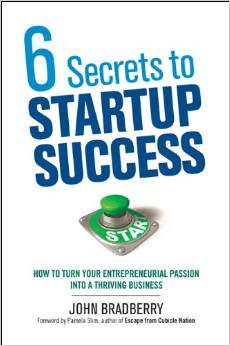 I’m sure we have all seen entrepreneurs with high levels of passion and confidence touting an idea that seems to make very little sense to us. Of course, we never see ourselves in this mode, yet we need to recognize that all humans see reality differently through a built-in set of “cognitive biases,” based on their own unique background of experiences, training, and mental state.

These biases are good, in that they allow us to quickly filter and make decisions in the constant barrage of information we face each day, but bad because they often lead to errors in reasoning and emotional choices. The worst case is called the “passion trap,” where a pattern of beliefs, choices, and behaviors feel good and become self-reinforcing, but lead to disaster.

John Bradberry, in a recent book called “6 Secrets to Startup Success” identifies five key biases that sabotage many passionate entrepreneurs in their startup decision making. I challenge any entrepreneur to honestly tell me that they have never fallen victim to any of these while making startup decisions:

Optimism, for example, is a typical entrepreneurial trait that improves performance, but only up to a point. In fact, moderately optimistic people have been shown to outperform extreme optimists on a wide range of task and assignments. There are a number of similar entrepreneurial characteristics that are recognized as good, but can be amplified to unhealthy levels, resulting in passion traps, or so-called “Icarus qualities.”

Every entrepreneur needs to be on the lookout for early warning signs of biases and passion traps that signal that you are in danger of undercutting your odds of startup success. Obvious ones are founders who are thinking or saying, “This is a sure thing,” or executives losing patience with advisers who point out risks or shortcomings in your plan.

In my experience, a great startup is more about great execution, rather than a great idea. It’s about converting your passion into economic value. To counter-balance the biases in your passion, the best approach is to look beyond your own mind and actively listen to your customers, your advisers, and your team. When was the last time you really listened?