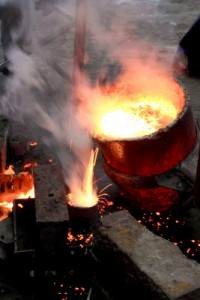 Disruption is one of the most overused words in business today. Many entrepreneurs make claims to be disruptive; often implying that the product or technology they are developing is far superior to what the established companies have. What they really mean is that their product or technology is a breakthrough.

But it is not disruptive.

Harvard Professor Clayton Christensen first coined the term “disruptive technologies” in his landmark 1997 book, The Innovator’s Dilemma, to describe an innovation that cannot be used by customers in the mainstream market. The book described the case of the steel industry in the 1980s, when the mainstream steel mills were focused on creating high-quality steel for sheet metal. New mini-mills started using recycled steel to create low-quality rebar that is used inside cement structures to give it strength. Since it was a low-margin business, the big steel mills were eager to get out of that market. In the meantime, the mini-mills improved their quality and started attacking the larger mills’ bread-and-butter business of sheet metal. Soon they drove the larger mills out of business.

Similarly, Toyota and Honda entered the US car market with small econo-boxes that the Big 3 did not produce. A few decades later, they were making mainstream sedans, virtually driving the big three into bankruptcy.

According to Prof. Christensen, “Disruptive innovations either create new markets by bringing new features to non-consumers, or offer more convenience and lower prices to customers at the low end of an existing market.”

But sometimes, cutting-edge technology in one area can disrupt another adjacent market. Take the case of the iPad. When it was introduced, many people struggled to figure out what it was good for. But tens of millions of customers started using it as a low-end substitute for a laptop. Sales of low-end laptops plummeted after its introduction.

Intel’s legendary ex-chairman Andrew Grove used to say that true disruption is when a company disrupts a competitor’s business model, i.e. how someone makes money from a product or service. When Xerox introduced its first copier in the late 1950s, it was so expensive that most industry analysts said it would fail. But Xerox decided to rent out its copiers for a fixed price, only charging the customer for the actual number of copies made. By deploying a disruptive business model, it became the dominant office copier company.

Next time you see a business plan making a claim of being disruptive, ask the question: Is it a breakthrough, or a disruption?