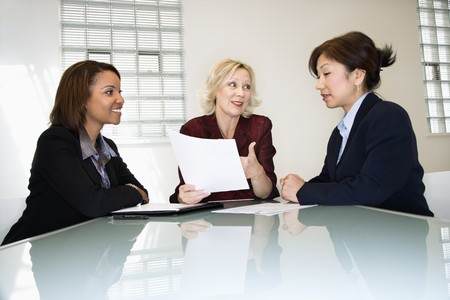 It looks like women have caught up with men in numbers in the workplace. For the first time in history, women in the USA now outnumber men in the workforce, and there are now more women in supervisory positions than there are males. The question is whether they will handle the downside of working any better than men.

According to an article by Ella L. J. Edmondson Bell, Ph.D., titled The 21st Century Workplace — Are Women the New Men?, the economic downturn has hit men harder. They held nearly 80 percent of jobs that have been lost during what is now being called the “mancession.” Will women now inherit the stress, pressure, exhaustion, burn out and heart attacks commonly associated with male leaders in business?

Some predict that this new female-dominated workplace will mean a softening of the corporate culture, with more benevolent leaders. Others foresee just the opposite. Ella says many women don’t want to be seen as “soft” — and others simply aren’t. No one would call Carly Fiorina, the head of Hewlett Packard from 1999 to 2005, a wilting lily. According to her memoir, Tough Choices, she was sometimes referred to as Chainsaw Carly.

All this is especially relevant on the entrepreneurial side since statistics show that women are starting businesses at more than twice the rate of their male counterparts. Some would argue that the growing success rate of women entrepreneurs shows that they are resourceful, and better able to succeed, despite the odds.

While I’m sure we will continue to see progress on the female side, I predict that they will struggle with the same major challenges faced today by men. These include:

I don’t see any challenges which are so gender-specific that they can’t be overcome by any entrepreneur. Yet I don’t think women should be convinced that the battle for equality is almost over. There is still the question of why there are so few women in high places, and why the average income for women in business is about 68% of men’s income.

What I am hoping is that women will not just be the new men, and suffer from the same maladies and limitations. I’ll be looking for women to create the “new business culture” that every worker wants – better role definitions, more effective and productive leadership, and better work-life balance. That would make women entrepreneurs the new women, rather than the new men!