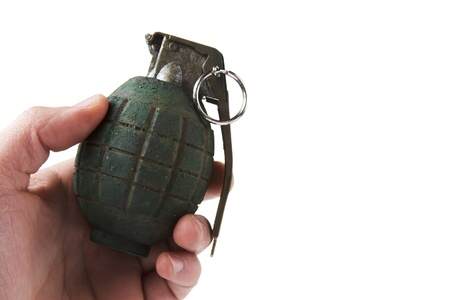 Do economic cycles of boom and bust affect the number of startups?

Most analysts have linked entrepreneurial activity to economic growth as though it was a given … and conversely, believed that when recession struck, startup activity slowed substantially. A recent study by the Ewing Marion Kauffman Foundation concludes that both theories are pure bunk. And as though that bombshell was not enough, the Kauffman study goes on to explode several other theories about what factors stimulate new business formation.

Do startups increase in proportion to the availability of venture capital?

Nope. Kauffman Foundation researchers Dane Stanler and Paul Kedrosky dispel that myth as well. The authors note that the doubling of startups from the period 1960-1978 to the decades since may indeed have been due to the advent of the personal computer and the expansion of the venture capital sector. (One wonders if the baby-boomers coming of age may not have contributed to this step-change as well.) However, the constancy of recent startup data belies the influence of venture funding. Startup activity fluctuated by only 3% to 6% each year between 1977 and 2005, but the data shows that venture investment varied by as much as 500% during the same period.

No again! The report, Exploring Firm Formation: Why is the Number of New Firms Constant?, also finds no correlation between startup activity and tax policy or any of these other factors; so much for the theories of our most vocal politicians. Instead, it documents the same steady half-million startups per year, give or take 3 to 6 percent. The authors discuss a few possible explanations for the unexpected constancy, some rather arcane, but they do not seem to buy into any of them.

Common sense suggests that certain of the factors discussed in the Kauffman report must have at least some influence on the number of startups, even if they do not affect substantially the total for a given year. For example, limited amounts of available venture investment must surely delay some particular startup decisions. I have been involved in a few such decisions. Similarly, high interest rates and tight credit must also have an effect on many decisions, especially those involving sole proprietorships and mom-and-pop operations. So perhaps a study with greater granularity would reveal that while the total number remains relatively constant, the mix of startup types changes, maybe even substantially. Perhaps in recessions when venture funding declines, a fall in interest rates turns entrepreneurs toward credit sources. It could also be that more innovation-based entrepreneurs test their business innovations when the economy is booming and that more laid-off workers start enterprises when unemployment is high during recessions. I suspect that the “mix” of different kinds of startups changes a great deal even though the total number may not change much.

The Stangler and Kedrosky study does not encompass the current Great Recession, of course, it is too soon. Yet surely this anomalous economic epoch will surely add some telling figures. The investment portfolios of the wealthy individuals and institutions that comprise the limited partners of venture firms declined substantially since 2007 and venture investment has fallen by 40% or so since then. At the same time, credit tightened historically and unemployment soared into double figures. Will startup totals for this period continue the constancy that Kauffman reports? And if not, how will it vary? Will the limitations on available capital drive startup numbers down, or will necessity and cheap assets power them up? Or will past constancy persist despite alterations in the mix? Only a study based on more granular data could reveal that. I doubt that such data is available or could be economically derived, though that information could prove useful to an economy so reliant on small businesses to create jobs.

David is a Principal Consultant at Cayenne Consulting. He works with clients in the fields of medical devices, biotechnology, elder care, consumer products and services, high-tech fish farming, and automotive products and services. David also serves as a judge and mentor for MassChallenge. View details.

This article was last updated on November 23, 2022