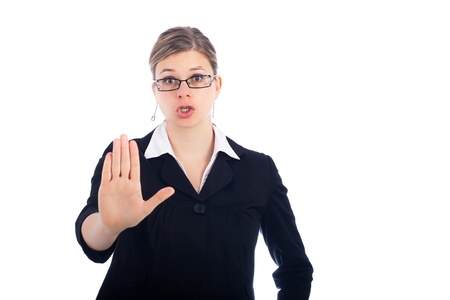 Entrepreneurs have to know when and how to say ‘no,’ and be good at delivering the message. All startup leaders are besieged with requests for their time, attention, talent, money, or influence, and sometimes even good requests won’t fit into the time and energy you have available.

Startups require focus, so you need to say ‘no’ to some things, in order to do the important things well. This is really the principle of displacement, which dictates that everything you do rules out other things that you don’t do. It’s impossible to do everything.

For most of us, having to say ‘no’ somehow feels like a rejection, so we hate to do it. Instead, too many entrepreneurs just say ‘yes,’ and regret it afterward. So here are some tips that I have accumulated over the years that can help you say the right thing the right way:

People have learned the art of asking, so you need to learn the art of saying ‘no.’ Rid yourself of the fallacy that you must say ‘yes’ to be viewed as a leader. If the request presents a moral dilemma to you, your code of ethics should allow you to refuse, rather than lie to the other party, or agree to something you can’t deliver. Just say ‘no,’ and smile as you say it.

TwitterFacebookLinkedIn
This article was last updated on August 14, 2019
Subscribe
Receive our tips in your inbox. Your information is protected by our privacy policy.
Categories
Follow Us
No part of this website may be copied without prior written permission.
Protected by Copyscape Online Plagiarism Detector.
© 2001-2021 Cayenne Consulting®, LLC and Akira Hirai
Back To Top
×
Search