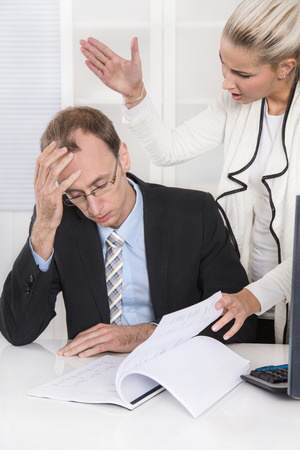 The dictionary definition of a mentor is “an experienced and trusted advisor,” or “leader, tutor or coach.” The definition of a critic sounds similar, “a person who offers reasoned judgment or analysis.” The big difference, of course, is that a mentor looks ahead to help you, while a critic looks backward to tell you what you did wrong.

We can all learn from both of these approaches, but in my view the mentor is far more valuable than a critic. A mentor’s goal is to help you build your strengths to avoid problems and pitfalls, while a critic feels compelled to point out your weaknesses.

The job of entrepreneur is tough enough without a critic on your team, second-guessing your every move. Here are some tips on how to recognize whether a partner, consultant, or employee is a mentor or a critic:

But try as you might to avoid them, we all have to deal with critics and the criticism they offer. Everyone reacts differently to criticism. Here are some tips on how to avoid any extreme reactions to criticism, like confrontations and angry debates:

Most critics I know think they are mentors, but I’ve never known a good mentor who is easily mistaken for a critic. If you listen to yourself, you can tell the difference. Are you asking forward-looking questions, or making negative assessments about past events? It’s hard to be a leader if you are always looking backward.