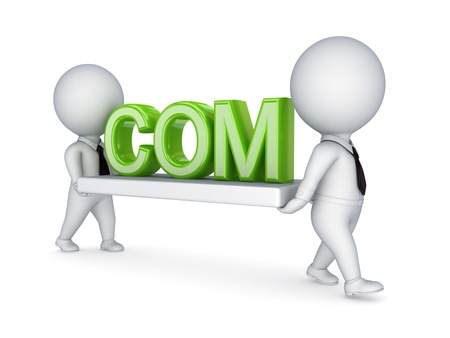 I’m sure you have all been frustrated at least once at not being able to get the Internet domain name you want for your company. Who owns all of these names, and should you ever buy one for a premium? The simple answer is that if you want to be found and remembered on the Web, the perfect domain name can easily be worth several thousand dollars.

Snagging an unclaimed great one is almost impossible these days because domain investors gobbled up a lot of the catchy real estate several years ago. Kevin Ham was the most powerful dotcom mogul you’ve never heard of in 2007, reports Business 2.0 Magazine. Here’s how the master of Web domains built a $300 million empire of over 300,000 domain names.

Early on, he wrote software to snag expiring names on the cheap. He was one of the first to realize that people can register a name and return it without cost after a free trial. He grabbed hundreds of thousands of names and returned many. He’s also the man behind the domain world’s latest scheme: profiting from millions of people who mistakenly type “.cm” instead of “.com” at the end of a domain name.

He also capitalized on the trend to try “direct navigation,” and millions do it. Need wedding shoes? Type in “weddingshoes.com” – a site that Ham happens to own – and you’ll land on what looks like a shoe-shopping portal, filled with links from dozens of retailers. Today there is big money in this aftermarket, where these valuable names are driving prices to new heights.

The difference is that hardly any .cm names are registered, and the letters are just one keyboard slip away from .com, the mother lode of all domains. Ham established a relationship with the Cameroon government and did the work to route the traffic his way. He is now on a campaign to win Colombia (.co), Oman (.om), Niger (.ne), and Ethiopia (.et) as well.

Frank Schilling, who recently moved into the number one spot in this arena, had the guts and foresight to sweep up names shed during the dot-com bust, and is now the landlord of some of the most valuable real estate on the Web, estimated to be in the $500 million range.

But that’s all history, and you have to live with it. So as an entrepreneur, here are the steps to get the name you need for your business:

Whether by crafting a great new name or wresting one from a previous owner, every new business needs to master the domain game. With the current explosion of sites, it’s usually better to leverage search engines than to build a new mountain on your own through advertising.

TwitterFacebookLinkedIn
This article was last updated on November 24, 2018
This Post Has 0 Comments